For starters, you know something is going to happen when it starts out like this. There is definitely something happening with the overall system. So resetting the several times apparently solved it but I’m sure it temporary. It’ll be back.

So on to a great sail over, nice wind up to Brant Shoal then it died down a bit so we motorsailed. 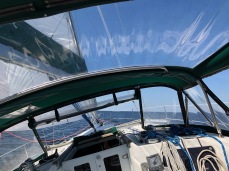 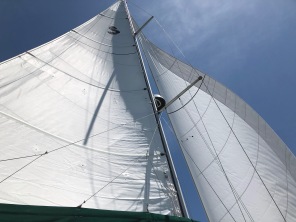 But you know what always happens when you pass Royal Shoal and head southeast, the wind picks upgreatly and it didnt disappoint. We had winds in the upper 20’s and I already had the jib in. Flew down Nine Foot Shoal over seven knows with just the main! You know you’re fluing when your speed is greater that your depth.

So get the sail down and as I’m rounding the red/green mark to head up into the Silver Lake channel, an alarm goes off. That’s a horrible sounding alarm on the engine panel. Put in on autopilot and went below real quick to see the engine. Yup, threw a belt, the big belt running the alternator and fresh water pump. With the wind blowing at almost 30kts, being in the the channel and a ferry coming down the channel, had no choice but to back off the RPMs and limp into Silver Lake and get docked as quick as possible. 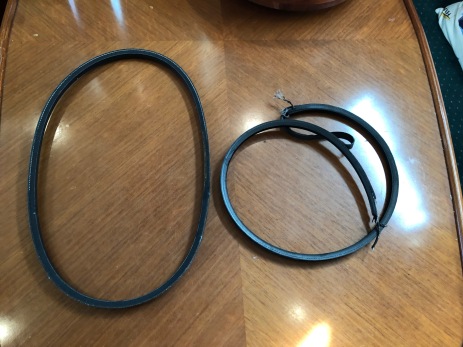 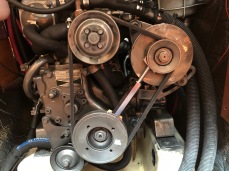 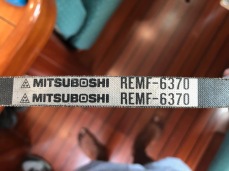 It was a brand new belt that broke, just a month old. It’s the proper belt, probably just from a bad batch. So tomorrow I’m changing the impeller for the heck of it. Another thing? I’m adding a water temp and oil pressure guage. All I have are the idiot lights right now and when they come on, it’s too late. And so, here’s to chaos, no major damage and ariving safely. Oh, some guys walks up to me and says “Man, you need this…” So there it is.