Great news. AT&T’s U-Verse is getting closer by the day. Just this past week, contractors were running fiber under the street to connect to the DSLAM that services my subdivision. We’re expecting to have U-Verse by the fall. Some of the features that I’m looking forward to.

AT&T U-verse Total Home DVR, which gives you the freedom to watch recorded Standard Definition (SD) and HD programs from a single DVR on any connected TV in the home. You can also pause a recorded show and pick up where you left off in another room, and play back multiple recorded shows at once. Total Home DVR was recognized by the 2008 TelcoTV Vision Awards in the service provider innovation category.

Today, we have multiple HD-DVR boxes that TWC charges fee for. Having one box to serve the house will be great. Lets hope they have larger capacity drives than TWC. Record a few series of your best HD programs and you’re already out of space, have to spend a weekend catching up or deleting something.

The ability to record up to four programs at once using a DVR (up to four SD programs or two HD and two SD programs) â€” another feature that is exclusive to AT&T U-verse TV. You can store up to 37 hours of HD content or up to 133 hours of SD content, which is more storage than most cable providers’ DVRs.

So what happens when you want to record you Friday night lineup and check out something new on SciFi? Not happening today. But being able to record up to four programs at once is a great idea. It seems that my favorite programs always seem to have scheduling conflicts. Or used to now that BSG is finished.

Not exactly Verixon FIOS speeds but much better than what’s available from cable, and it’s probably cheaper. Eventually Netflix will start streaming full HD content, and you’ll need that bandwidth to watch a movie while others in the household are doing something else online.

And mostÂ importantly, adding competition to the area. No better example than what is happening today. Stagnant innovation and limited services and options, with inflated pricing. 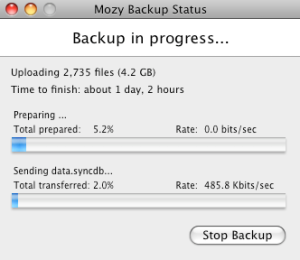 $50 for broadband that is only 6Mb and ~480K upload? Believe it or not, even in a residence, people have a need for upload bandwidth.Perfect example, Mozy Online backup service. What should take a couple of hours can last overnight or take a day just to backup a GB of data. Just totally unacceptable in today’s connected world. High speed data transfers to and from business, residential and mobile devices is what is moving the world forward today. At times I wonder if our data communications network shouldn’t be treated like other core infrastructure components such as our highway system. Owned by the government to serve the needs of citizens, but contracted out for the design, building, operation and maintenance of it. Yes, I know, a whole left vs. right discussion on that, but let’s reserve that discussion for a later date.

So lets move on to the second part of this post, the latest fiasco by TWC. This past Monday, they added more HD channels and in the process, screwed up badly. Most people haven’t noticed the problem yet. I discovered mine on Wednesday evening when going to watch MLB-TV. A message on that channel stating that the channel was unavailable, please try agin. Then I noticed it on several more channels, while even more were just blank. But the box in the family room was fine. Â So a call into support. They show nothing wrong and dispatch a technician. You know where this is going, right? The drama begins.

He arrives and I show him the problem. I also show him the system upstairs inÂ theÂ family room and that it’s fine. Back downstairs to the theater and he spends the next several minutes selecting channels, hoping that by flipping channels as fast as feasibly possible, the problem will go away. I suggest just switching the box to see if it’s the box, always start troubleshooting at the endpoint and work your way back. I guess they don’t believe in that because he asks, where it’s terminated. I take him to the (IDF) room Â where the smart cabling system is located. He goes…”ah, smart wiring, this is the problem”. And immediately begins disconnecting and reconnecting cables, bypassing the OnQ system and pluggingÂ theÂ coax cables directly into a 3 way splitter. Well, the problem doesn’t go away. Next he on the phone with support for about 30 minutes, while recycling the box and looking at the diagnostics on the screen, checking signal to noise ratios and such. Still nothing. I get wind of his conversation that one of his peers had an identical issue earlier in the day but it wasn’t resolved. Hmm, to me, sounds like a network system problem back at home base or in their network. He’s insistent that it’s in the house. So he finally goes out to the truck and gets his test box.

Meanwhile I’m trying to watch the rest of Friday’s Dollhouse episode as I’m thinking that if his box works, I’m loosing my DVR and the remaining programs. He returns and tries his box and guess what, same result,Â severalÂ of the channels have the same problem, but his box is known to be good as he used it earlier in the day. So he takes his box outside the house and connects directly to their system. Same problem. Well, I guess that rules out my DVR, the smart wiring, the barking puppy and everything else within these walls.

So what’s the problem? Apparently after the upgrade on Monday, the DVR in the theater rebooted, the one upstairs hasn’t been rebooted. So once a box is rebooted after the channel upgrade, you loose several channels. So folks, pray your box doesn’t reboot until they fix the problem. And what is the problem? TWC transmits channels in two forms. Some channels sit on a fixed frequency that’s assigned and permanent. Other channels only getÂ transmittedÂ to you upon request (when you select that channel) and is assigned a frequency. They call it digital selection or something like that. This is how they are able to add more channels, by only sending a channel upon request. All those channels are unavailable after the recent channel upgrade and a cable box reboot. So no it looks like Monday when someone will be dispatched to look at the equipment in my area….six days.

So yes, I’m looking forward to AT&T’s U-Verse. It will accomplish several things. First, it will (hopefully) get TWC to adjust their pricing to be more competitive, and/or add new features. But personally, I’m really just looking for the bandwidth. With services like Boxee, Hulu and Netflix Streaming, I’m hoping in a couple of years, our antiquated program delivery type will be relegated to the closed. Streaming, on-demand, anytime multi-viewing and recording services are the way going forward.

Keeping a positive thought, good things are going to come.