[Warning: satire notice because someone’s not gonna get it]

Yup, why not? If you’re going to have a cause, why not be inclusive with diversity. Countless studies show that diversity enhances marketing efforts by reaching out to a wider audience. Diversity brings in new ideas, helping your organization think outside the box. For white supremacist groups, having a black leader, even a token one will bring awareness to your cause.

BTW, I’m available For the right price. I’m looking for a modest executive salary in the area of ~$500K per year including bonuses based on recruitment numbers. I can help negotiate advertising rates on Fox News and Adopt a Highway programs. For the record, I have hated people for no particular good reason and jumped on bandwagons with no understanding of the issues. I can also come up with good reasons why “they’re beneath “us” and should leave this country (preferably by cargo ship because overseas airfare is absurd these days). I know a guy who can help get you legitimate non-profit status as a 501C so we can funnel all the money to build our doomsday bunkers for when that Mooselum Dick-tater Hussain Obama takes away our ass-ault riffells. Especially after this week with SCOTUS loosing their collective minds on healthcare to help people and stating that anyone can actually love anyone. I know, nonsense. First off, if you get sick or have an accident, it’s your own damn fault. You shouldn’t have been crossing the street when that car hit you and it was your responsibility to keep cancer at bay. Then this marriage thing, only hetrosexuals should have the privlidge of being pissed off about the marriage tax penalty.

Anyway, as I said, I’m your man (not woman because in a supremacist group, their asses should be in the kitchen making cookies while we have our bonfire meetings). Having a person of color will show your commitment to outreach and furthering the cause. “White Power!!”

Thank you Dave Chappell for this inspiration. I’m out.

So today the Pope made his views known about climate change, global warming, and mankind’s role in it. It’ll be interesting to see how the catholic political candidates that are to do the bidding of Big Oil and other enviro-destructors respond. Lets see how they tap dance around this issue.

In the meantime, here’s a little photo gallery to stare at and ponder, where does all that stuff actually go anyway. If you’re one of those who doesn’t believe in Science, or thinks everything a conspiracy, or just cannot accept facts or takes FoxNews as a credible news agency, I’ve included a photo for you at the end of the gallery so you can stick your head back in. 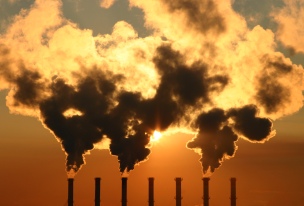 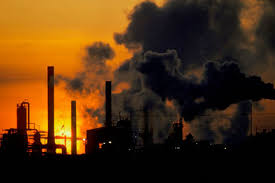 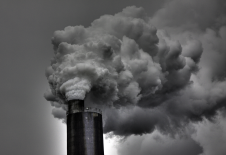 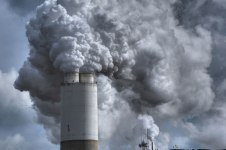 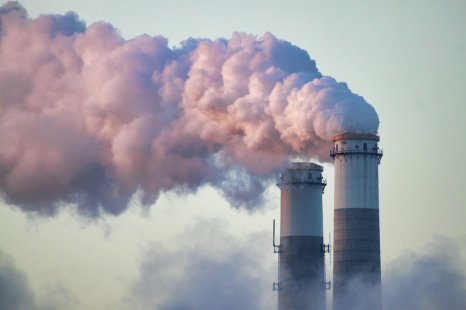 It just amazes me how some people who are obviously smart and successful (based on how you measure it) can be so dense, absurd, or resemble the extremely uneducated by their comments.

To profess that an entire religion of people should be held responsible is like me holding all my fellow Christians for lynchings done by the KKK. I wonder if he really believes this or is he just stirring the pot, good for ratings. After all, “news” and controversy is good for business.

So the “damage” caused by the American Patriotic Whistleblower, Edward Snowden, is being reviewed to see how badly national security has be damaged. To the President…..the only this that has been damaged is the credibility and trust of you, your administration and the supporting cast of congress.

This issue at hand here is not that the NSA is collecting and analyzing phone records and internet data, but that it was kept a secret from the American people and was continually lied about. You make the assumption that the American people are simpletons and cannot engage or comprehend a discussion of such a sensitive nature.

What concerns Americans is the lack of transparency that your office declared would happen, and what has actually happened. In practicality, having the NSA collect phone records and Internet data, and mining for patterns to prevent terrorist acts is a novel and sound idea. But the lack of transparency and oversight is the problem. We as Americans willingly give our information every day with out tweets and loyalty cards, but as someone else mentioned, Amazon or Twitter can’t arrest you or audit your taxes, and without proper oversight, those checks and balances are out of order.

As with any government agency, for it to exist, there must be an issue or problem for it to resolve. What if there is a long quiet period, no activity of terrorist plotting and the world becomes a safer place, would the program still be needed? Would that division of the NSA and Justice Dept. be downsized? Or will they (like the TSA) vocalize and create out of thin air, problems that need to be addressed, hence justifying their existence.

Also, it’s pretty naive to think that most Americans did not already assume that some level of recording and tracking of our online life wasn’t already being watched and analyzed by the gov’t in some form or another. The American people are not as simpletons or commoners as you may believe, regardless of how we collectively portray ourselves and conduct our everyday lives.

So, a special note to the people who represent me and who I can directly impact with my vote. To Representative George Holding,  Senator Richard Burr and Senator Kay Hagan. The most important thing to me, above all else, is my personal freedom and liberty. For the next election cycle, I will be a single issue voter. For you to support the prosecution of American patriots that are whistleblowers such as Edward Snowden, is not to align with my beliefs of trust, transparency, freedom and liberty, and will reflect in my voting decision. This is the one single issue that each of you will be running on as far as I’m concerned. While I am just one vote, I am one voice, and a very vocal voice at that.

So after the RSC publishes a fantastic report on copyright reform, not even a day goes by before the Hollywood moguls strike fear and terror into the hearts and campaign contribution buckets of the RSC members to take down the report. Being the strong willed, leaders that they are…they quickly complied.

Copyright reform in its current form is not just absurd, but it is restricting innovation and progress, something that the likes of the MPAA and RIAA want to keep as current status. In the end, any and all entities that suppress  freedom and free speech eventually fall. Whether it be kings, governments or business entities that believe people are their products and subjects, eventually they all collapse under the immense pressure or get outflanked due to their narrow thinking. Hollywood should be thinking about how to win over customers with a valued product and service, something equitable to all. If not, they’ll eventually find themselves on the loosing end with a shrinking business due to an outdated business model. Rread the full policy brief here.

So, late Friday, we reported on how the Republican Study Committee (the conservative caucus of House Republicans) had put out a surprisingly awesome report about copyright reform. You can read that post to see the details. The report had been fully vetted and reviewed by the RSC before it was released. However, as soon as it was published, the MPAA and RIAA apparently went ballistic and hit the phones hard, demanding that the RSC take down the report. They succeeded. Even though the report had been fully vetted and approved by the RSC, executive director Paul S. Teller has now retracted it, sending out the following email to a wide list of folks this afternoon:

This election is about a few specific things:

Read a great article today about the Justice department finally setting up a Civil rights office in Alabama. Apparently, burning down churches and murdering children in them wasn’t enough.

Anyway, I digress from the original thought. On the new immigration law in Alabama, here’s a biblical quote for all you strong religious bible thumping conservatives:

Exodus 22:21: “You shall not wrong or oppress a resident alien, for you were aliens in the land of Egypt.”

Get it, did that jog your selective memory? Or for some reason, you just don’t recognize that part of the bible…..

Credited to the News Article